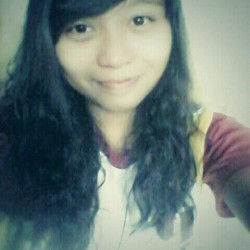 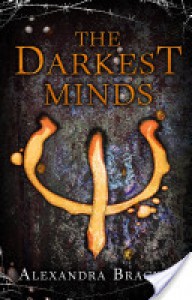 "The darkest minds tend to hide behind the most unlikely places."

ME AFTER READING THE BOOK:

When I started this book, I thought that it would be an easy read. That it would be just like any other book in it's genre. No. I was very wrong. It was very far from that. I didn't know that I'll be signing up in a very intense, catastrophic read. After reading this, I can't do anything else but to sit still and stare into space. I'm a freaking wreck.

Let me tell you my thoughts about the characters of the book:


RUBY. She has an extraordinary ability just like any other kids in the story but she's one of the strongest, the most dangerous. I laughed, hurt and even cried with her. Everything that she went through was so not easy and I'm at awe by how brave she was. And selfless that made her basically one of the most heroines I loved. The thing about the choice she made in the end just UGHHH! I absolutely understand her but it doesn't make it hurt any less. Yup. You heard, I mean read, that right! I am hurting. I've become so emotionally invested in this book.

LIAM. Oh my gosh. (I can't even type his name without tearing up!) I harbored a little crush on him. I mean, who wouldn't? He was so adorable. I mean, remember the socks? The orange? *sigh* I admire his optimism, he's will to make everything right by giving everything that he could. I also admire his kindness. He's perf, nuff said.

"Did you know...you make me so happy that sometimes I forgot how to breathe? I'll be looking at you and my chest would go so tight ...and it's like the only thought in my head is how much I want to reach over and kiss you."

I don't know why I cried in this part but I did. You see, I'm an emotional wreck.

CHARLES. He's like Liam's bestfriend. He hesitated at first in letting Ruby join them. I understand him. But when he loosened up and finally accepted Ruby in their group, I've grown attached to him. I cried when I thought that he's going to die. I cried when the letter he wrote was read.

SUZUME. She was so adorable! Seriously, she's like the light in their darkness. I honestly love her and I really wish that she would talk already and overcome what's keeping her from doing it. I would protect her myself, if I could.

CLANCY. I liked Clancy at first. Seriously, I thought he's going to be like Warner in The Shatter Me but I was so wrong. What the hell? He's creepy and controlling and absolutely horrible. HE MADE ME DOUBT MY LOVE FOR LIAM FOR ABOUT TWO SECONDS. UGH. I can't believe I liked him.I'm just so glad he taught Ruby something useful.


I loved that this book is filled with pretty intense, action-packed scenes and it never, not eeven once, bore me. It held my attention from the start to finish. The plot was awesome. Okay, enough said.

I'm so freaking ruined right now. I can't stand the fact that Ruby would be shaped into a monster. I am pissed at her a little when she pressed the panic button. I mean, from the beginning, i was conveying my message to her to get rid of that cursed button by shouting!! But I can't hate her. It seems like the best thing to do. But #@?$;&/8&?$;/ it was so sad. It was definitely heartbreaking.

The ending. It broke my heart into million little pieces. My poor Liam. I MEAN, WHAT THE HELL? I honestly have a thing against authors right now trying to do everything to break us. To leave us being this miserable.

But if i didn't make myself clear enough, I LOVE, LOVE, LOVE this book!! I recommend this book to everyone. EVERYONE! I mean, who the hell in their right minds would rate this book other than 5 stars? I can't believe I didn't read this sooner. Pick up this book right now. I promise you that you won't regret it. I need to read the second book right now or I'll lose it.
Tweet